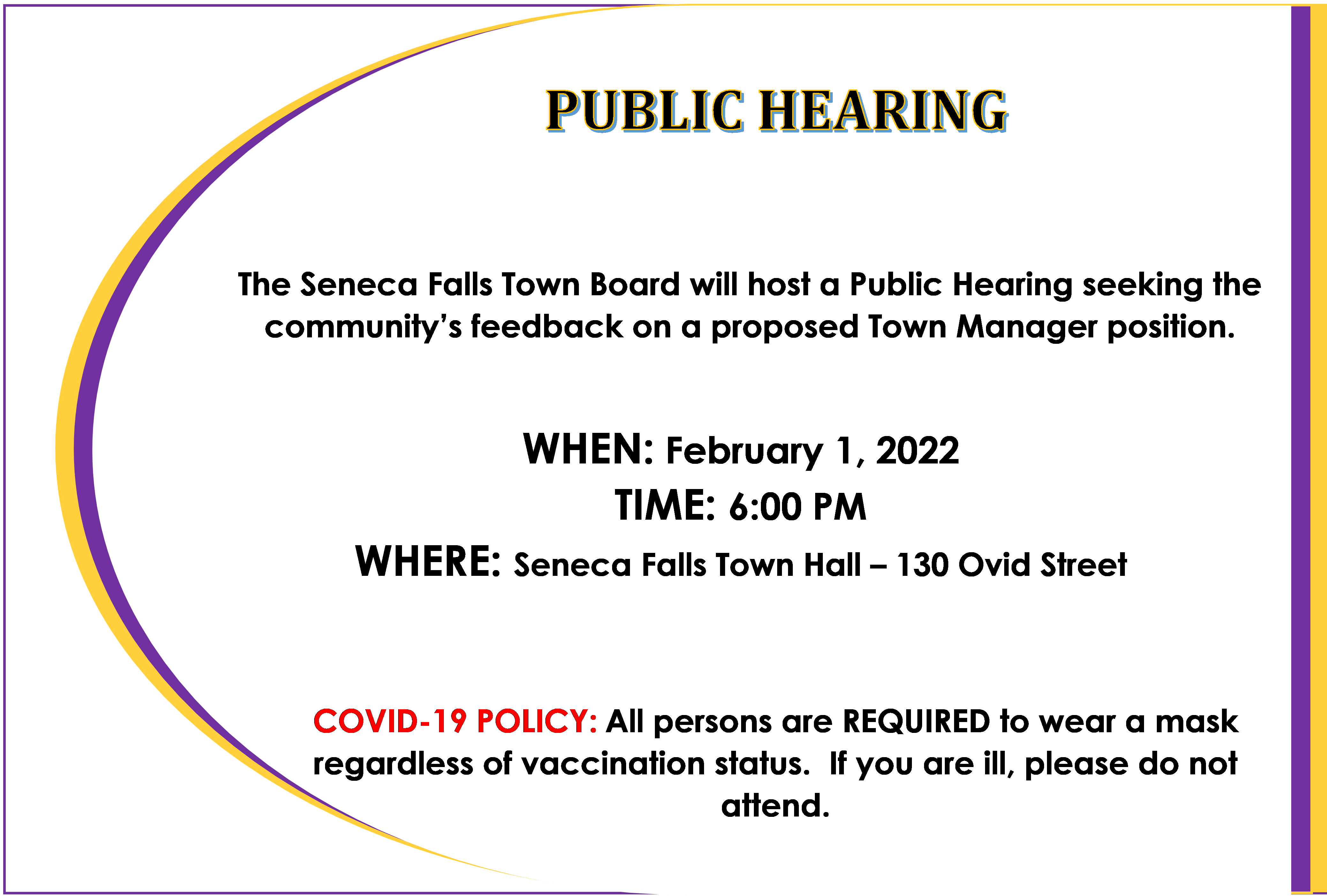 Public Hearing to be held on Proposed Town Manager position

A Public Hearing will be held by the Town Board for discussion of a proposed Town Manager position on February 1, 2022.

A Citizen’s Advisory Committee was formed in January 2021 to begin looking at the feasibility of the position. In addition, a government efficiency study was completed by the Center of Government Reach (CGR). In their report, the recommendation was to form some type of change in the management model in the Town. The majority of the advisory committee was also in favor of some type of change.

The former Village of Seneca Falls employed a Village Administrator to run the day to day operations of the Village. The village merged with the Town of Seneca Falls on January 1, 2012, forming the new and enlarged Town with more geographic area, and more roads, more employees, and a much larger operating budget, but no manager.

The Town Manager’s position would not be taking over the responsibilities of elected officials, but would be assisting in the day to day operation of the Town. In addition, the Town Manager would work on strategic planning, capital asset management and personnel issues.

Funds were allocated from the 2021 Revenue Host Agreement from SMI. Therefore, it will have no impact on taxes in 2022. The position, if approved, would be come part of the 2023 budget. The budgeted position would cost each property owner about $.25 per $100,000 of assessment. If your property is assessed at $125,000, this position would add $.33 to the tax rate.

We look forward to hearing the Community’s feedback on the creation of a Town Manager position for Seneca Falls.